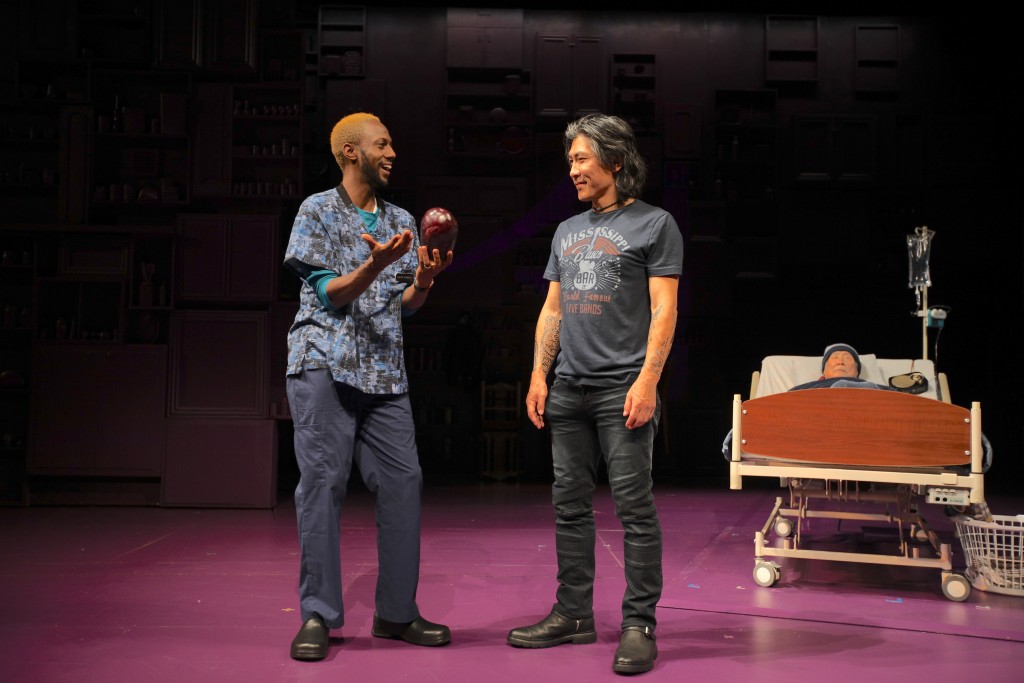 “Lucien (Irungu Mutu), an intuitively attuned nurse who was once a refugee, is there to guide Ray through the process.” Charles McNulty, LA Times

“The accomplished work of the awesome acting ensemble is fairly evident. Mutu’s magical bon mots offer warmth, cheer, and a bit of kindness (not to mention the titular vegetable of the play). Michael Quintosa, BroadwayWorld

“Rogen, Goldberg, Catlin and their talented cast effortlessly draw you into this world and make it easy to be excited about what’s to come on this series.” Eric Goldman, IGN 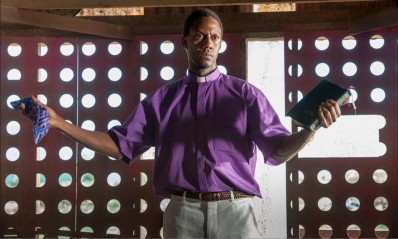 “‘Something is coming- war’ – shouts an African preacher… his triumphant speech gets interrupted as he’s shell-shocked by that unidentified force, which knocks him to the ground.” Maria Cavassuto, VARIETY

“… the preacher stands up and addresses the crowd with a booming, Paul Robeson-esque baritone.” Eric Thurm, The Guardian

“Some sort of shooting star is headed to Earth, or specifically “AFRICA”, where it enters the body of a Christian priest, who seems briefly possessed, snarls at his congregation to be quiet, then proclaims himself to be a prophet.” Luke Y. Thompson, Forbes

“…the cast delivers sympathetic performances that are at once lofty and relatable, funny and sad, uplifting and heartrending; … thoroughly human and multi-dimensional. Irungu Mutu is a revelation as George…” Debra Miller, Phindie 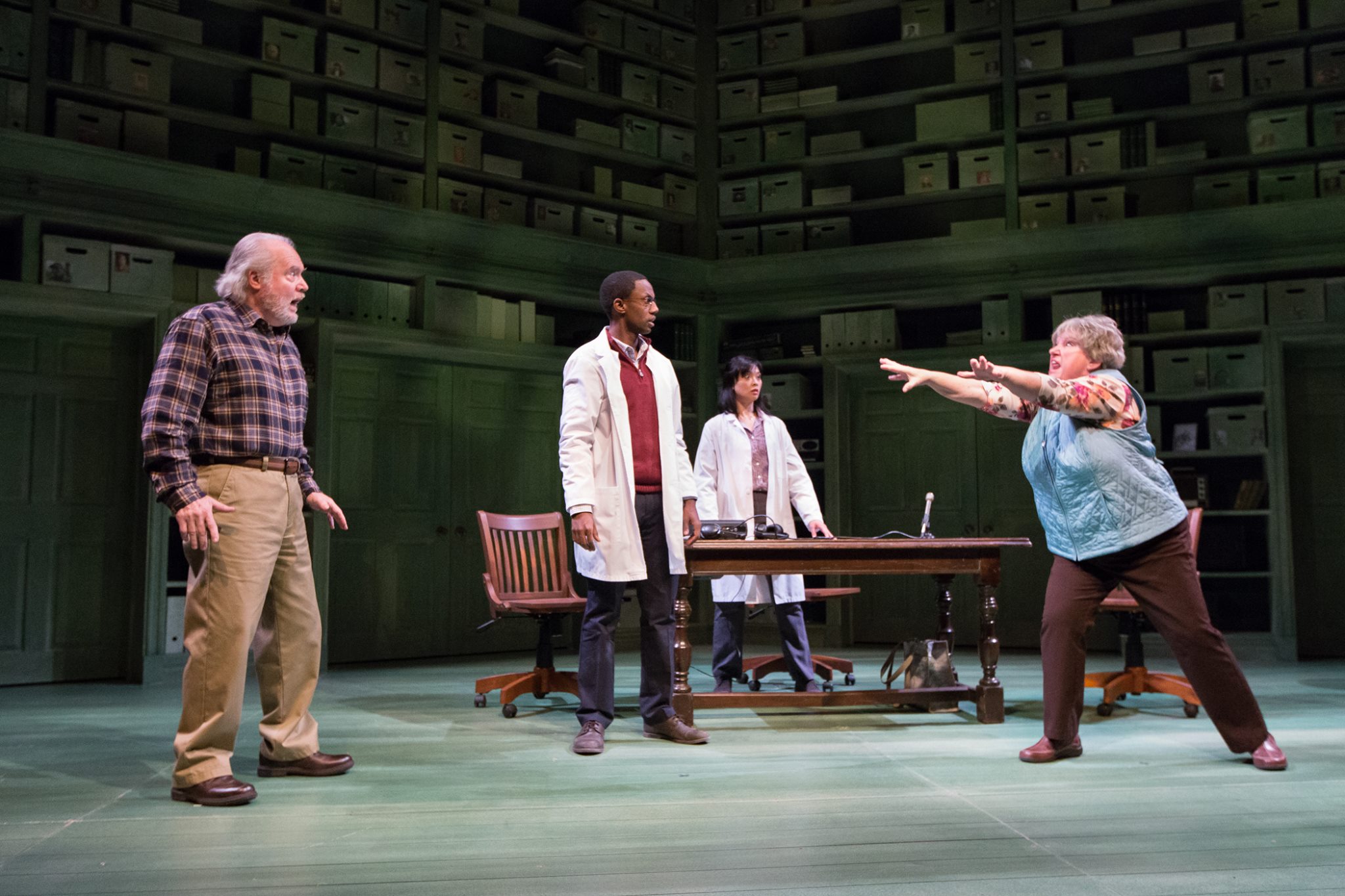 “Twiss, Baker, and Irungu Mutu as George, the linguist, do subtle and lovely work… Mutu entices us to care about his lovelorn, disappointed linguist via his ingenuous manner and sincere quest to find out why so much around him goes so severely awry… Mutu has qualities as an actor that draw you to him. Even when George is being gratuitously disagreeable to Mary, you like him because of the naïve, scholarly innocence, or short-sightedness with which Mutu endows him …Mutu exudes sincerity and the intention to do good, even when his beliefs or idea of good doesn’t mesh with facts at hand.” Neal Zoren, NealsPaper

“What Mutu and Zinkel create is a marriage obviously on the rocks with a deep affection in their past, but are still at their best when separated from each other, a balance more difficult to strike than it sounds.” Megan Diehl, DCMetroTheaterArts

OUR LADY OF KIBEHO 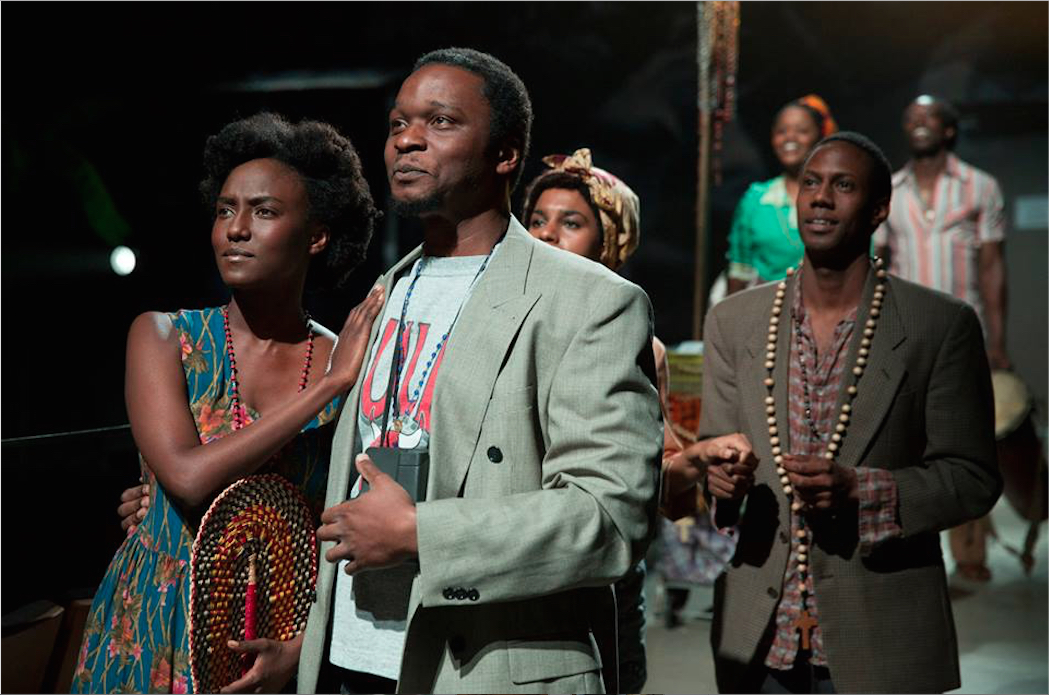 “The acting is across-the-board superb. A transfixing new play… has the gripping intensity of a thriller.”
Charles Isherwood, NY Times

“Most important new play of the year. The personalities and experiences of all of the characters, are presented with complete seriousness.” Terry Teachout, The Wallstreet Journal

“Renews belief in what theater can do. There are 15 very fine actors in Michael Greif’s sterling production.” Adam Feldman, Time Out New York

“…this first-rate cast brings Gurira’s characters to life, and leaves its audience hungry for the next chapters in their history.” Mutu as “Chilford flinches and flails like O’Neill’s Emperor Jones…” Wendy Rosenifeld, The Philadelphia Inquirer

“The seven actors give marvelously rich, committed performances. There’s not a weak link among them…” David Fox, Philadelphia City Paper 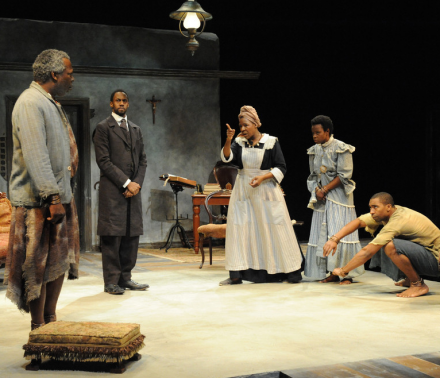 “Mutu, has immense stage presence and makes it clear that Chilford is a passionate man who gives his all to everything and is quite unaccepting of alternative courses of action.” Jennifer Perry, BroadwayWorld.com 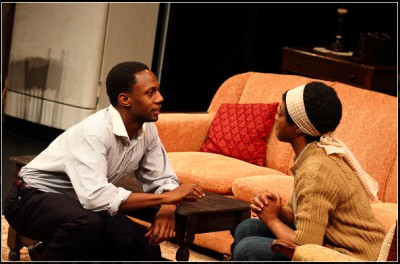 A RAISIN IN THE SUN

“There is not a single weak performance among this strong, personable cast. The roles are played with conviction and urgency.” Anita Gates, The New York Times

“Hansberry has created dramatic cruxes in the play where her characters open up in very moving speeches. The excellent cast deliver them marvelously, often to applause. Paley as Mama seems to have the most of these along with Mutu as Asagai.” Bob Brown, CentralJersey.com 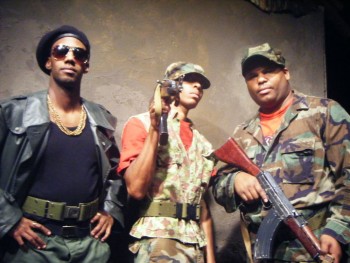 “Irungu Mutu’s Commander Osembenga is similar menacing, even when he takes his shades off.” Rohan Preston, Star Tribune-Minneapolis

“Irungu Mutu, Gavin Lawrence, Namir Smallwood and Payton Woodson are the men of war, carrying with them the bitter flavorings of power and privilege, guilt and remorse.” Dominic Papatola, Pioneer Press-St. Paul 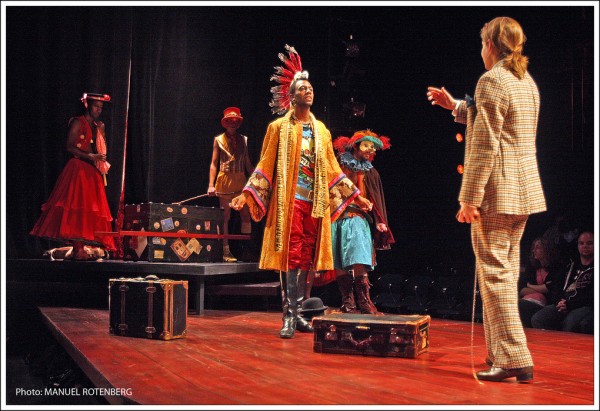 “Mutu is also a standout as the Player, ready with his troupe to change reality to suit your whim.” Jean Lowerison, Gay and Lesbian Times